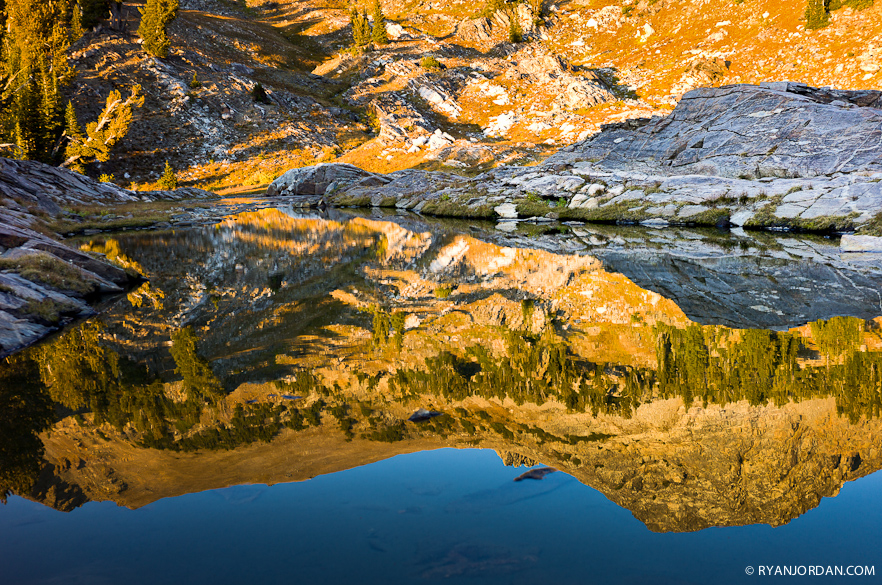 I’ve been on the Teton Crest dozens of times. I’ve trekked along, and astride it, on several backpacking expeditions.

And I still experienced a bunch of firsts on this last traverse, in September/October of 2010.

Here are my most memorable:

I’m drawn to the Tetons because of their majesty, sure, but their allure is deeper. There’s something about the intimacy you develop when you really get to know a place. I’ve been trekking in the Tetons since the 1980s and its hydrologic spine – the Teton Crest – it has the ability to take you places, if you’re willing to follow it.

I even have fond memories of the gear I took on this walk.

I remember very clearly the feeling of cozy warmth while wearing my insulating hoody and pants, inside my quilt and ultralight bivy, while sleeping out under the stars on windless, still, starry nights.

I fell in love with the sound of our inverted gas canister stove roaring its way to boiling a 4L pot of water for coffee before the sun even had a chance to blanket the potato fields to the west or start waking up the frozen dew on the tundra grass.

And I recall (with glee!) hopping up a mile-long talus field on my way to Table Mountain’s summit via a SE route with a simple white pack on my back that was free from the doodads, objects of catalog lists, deadweights, snaggers, brainthieves, and other distractions, because I’d willfully cut them off myself for the sole purpose of achieving aesthetic beauty in my rucksack!

But my favorite gear on this trek was the same piece of gear that was my favorite gear on my last harrowing, wet, bushwhack through the Beartooth Range in August: my shoes. Eight ounces of bliss on each foot – ballet slippers in both form and function. And they proved, once again, that “hard mountain trekking” and “ultralight footwear” is a marriage destined for glory if you just give it a chance.

My Favorite Gear From the Teton Traverse, September 26-October 2, 2010