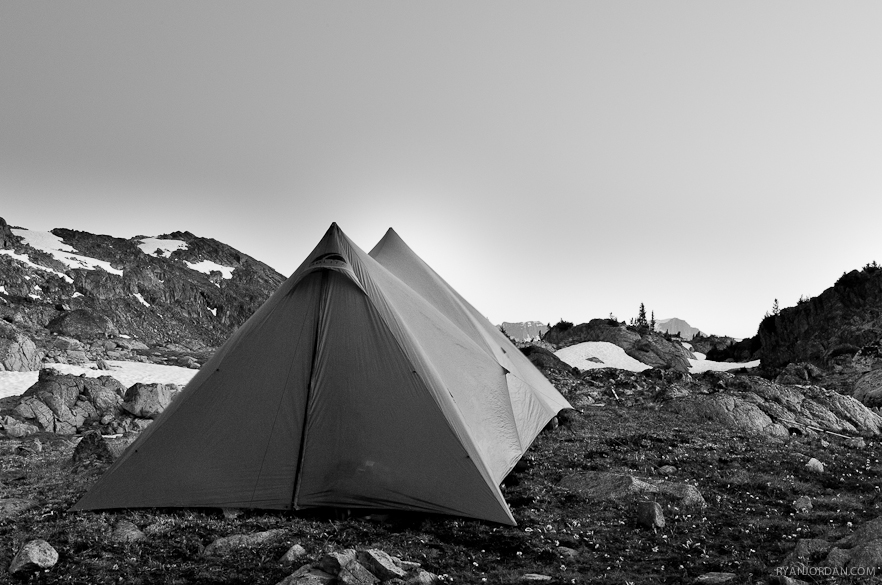 We use GoLite Shangri-La 6’s and 8’s for our advanced (WT3) Wilderness Trekking School courses, and when I outfit Scout High Adventure Programs going into hostile environments.

There are three primary reasons. 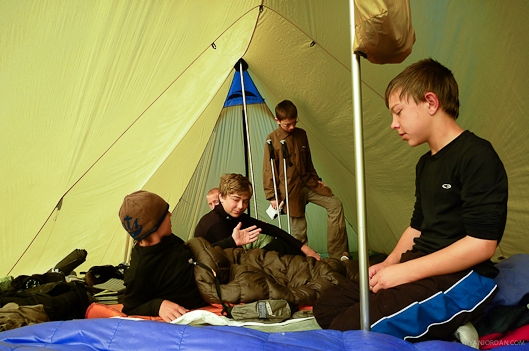 Boy Scout Patrol in a GoLite Shangri-La 8 during their 50-Miler across the Beartooth Plateau, July 2010. PANASONIC TS-1.

The problem with the GoLite Shangri-La 6/8 is that by the time most of us had the opportunity to really get to know the shelter, and its capabilities, GoLite discontinued it.

This is what happens when companies release products before their time and aren’t able to allow a product to mature in the marketplace because of the cash flow and economies of scale constraints caused by low sales volumes. Therma-Rest pads didn’t exactly revolutionize backcountry travel upon their introduction (their cost and reliability prevented mass market adoption for a few years), but thank goodness they stuck with it.

I think the GoLite Shangri-La 6 and 8 are the best institutional crew shelters made by anybody. Ever.

Now, we’re stuck with splitting crews into two or three big pyramids, which discombobulates group dynamics, results in decreased storm resistance (single pole pyramids are abysmal in heavy winter snows due to their high surface area:structure ratio) and forces us into carrying and having to keep track of, and care for, more gear. Simplicity has its virtues.

There are undoubtedly still a few tucked away in bargain basements, so grab them while you can – they’re gems.